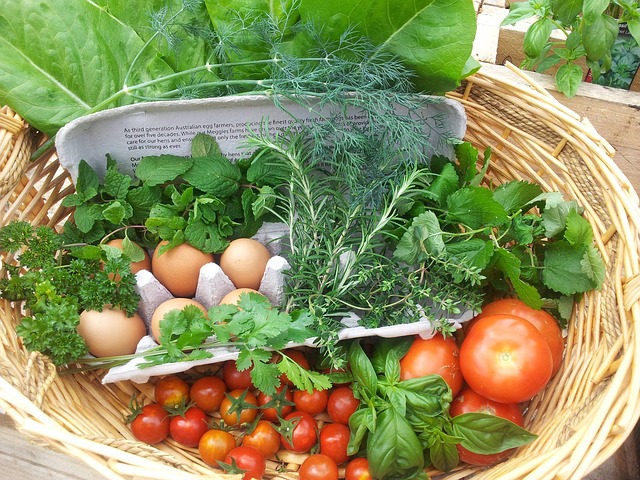 Simple Gifts” was written by Joseph Brackett (1797–1882) in 1848 while he was at the Shaker community in Alfred, Maine. These are the lyrics to his one-verse song :

‘Tis the gift to come down where we ought to be,

And when we find ourselves in the place just right,

‘Twill be in the valley of love and delight.

When true simplicity is gained,

To bow and to bend we shan’t be ashamed,

To turn, turn will be our delight,

Till by turning, turning we come ’round right.

Simplicity seems like a quaint, old fashion virtue like chastity or frugality that appears out of place in our modern world.  For me, to find simplicity one must look at the antithesis of our modern world: the small farm.

At Shiloh we are committed to local, sustainable agriculture.  We produce organic and non-GMO produce and specialty greens including hydroponic lettuce, herbs and microgreens.  We also have a vineyard with 100 Cab Sauvignon and Cab Franc vines.  Each mature vine can produce about 6 pounds of fruit.  It takes about three pounds of grades to make one 750 ml bottle of red wine. It takes about an average size cluster of grapes in a glass of wine or about 750 berries in a bottle (I confess, I am a scientist by training!) Our small orchard produces apples, chestnuts, pears, nectarines, cherries, and plums pollenated by our own bees.  We also keep and board horses, raise Jacob sheep for fleece and wool, and chickens for eggs.  We keep other animals in a supporting role, such as donkeys (that protect the sheep), swans (that keep the Canada geese away) and peacocks (that eat snakes that like to live around old stone buildings).

Now maybe producing your own wine or produce sounds like a lot of work, and it is.  So why go through the trouble? For me there are at least three reasons – maybe you can identify with this…

We live in a modern world surrounded by human designs, human structures, human services.  Everything is man made for the benefit of man.  With little more than flick of a finger or twist of the wrist the water flows, temperatures are regulated, distances transverse and heights are scaled.  Premeasured food that is never out of season sits in disposal packages patiently on laminated shelves in 24 hour a day markets.

There is nothing wrong with modern plumbing, heating or air conditioning or elevators!  However, the modern conveniences we take for granted creates and feeds an illusion that that man somehow lives above but is not part of the web of life on earth.

As COVID and recent cyber-attacks against critical infrastructure have underscored, while our culture tries its best to blanket us from the reality of the world, in 2021 we are more not less vulnerable to the world around us.  At least for me, understanding the power of nature and our vulnerability to it makes me humble.

Even in western Loudoun County there is so much light pollution that it’s hard to see the Milky Way.  In the south of France, in the foothills of the Pyrenees, I remember lying in the middle of a field at night just awe struck at the night sky.  The enormity and scale of the universe that can only humble us.  Honeybees tap about 2 million flowers and fly twice the circumference of the earth – that’s 50,000 miles – to make one pound of honey.  They communicate the location of flowers and nectar to other bees in the hive by doing a dance that encodes the angle and distance to flowers.  Its humbling.  Even single cell organisms or the inanimate physical laws that hold the universe together display incredible complexity and order that can only instill a sense of awe.

For me, Shiloh has not only instilled a deep sense of humility but also an appreciation for silence.

Our modern culture is not a place of peace.  It”s 24-hour news cycles, constant movement and unending work.  It rejects the rhythms and seasons and imposes its own drone and sleepless flow of electricity and noise and wheels.

“Take away their distractions and you will see the cause of their boredom, They feel their hollowness without understanding it. It is indeed depressing to be in a state of unbearable sadness as soon as you are reduced to contemplating yourself.  That is why we like noise and activity so much…”

According to Pascal, silence is terrifying to many because it forces us to see own inner demons.

A few nights ago, after putting the horses out and sheep in the barn and I stopped to listen to the peepers.  What a magical sound!  But how many know what a peeper is let alone stop and listen in silence long enough to hear it?

In Biblical theology, Genesis 1:28 is called the “Cultural Mandate.”  It says,

“And God blessed them [Adam and Eve], and God said unto them, be fruitful, and multiply, and replenish the earth, and subdue it: and have dominion over the fish of the sea, and over the fowl of the air, and over every living thing that move upon the earth.”

It feels good to care for nature because that is what we are made to do.  What can be more satisfying than planting and harvesting, creating order out of disorder, taming nature, caring for animals?

When man is tethered to the earth there is a degree of connectedness and interdependency, a web of life, that is missing in modern society.  Thomas Jefferson once said,

“Cultivators of the earth are the most valuable citizens. They are the most vigorous, the most independent, the most virtuous and they are tied to their country and wedded to its liberty and interests by the most lasting bands.”

Most of us are not full-time farmers, we’re vets and doctors and mechanics and mathematicians and shop keepers and businessmen and businesswomen and homemakers.

But we are connected to the earth, and with other creation.  We are not over it or above it, but part of it.  And our job is to care for it as good stewards.

Over course of a life, you acquire things that speak to you. In my study I have one of epigram of the first century Roman poet Martial framed.  It says (in English!),

“The things that make life happy, dearest Martial, are these:

An estate inherited; lands that make no ill return; a hearth always warm; freedom from litigation; little need of business costume; a quiet mind; a vigorous frame; a healthy constitution; prudence without cunning; friends among our equals; a table spread without luxury; nights, not of drunkenness, yet of freedom from care; a bed, not void of connubial pleasures, yet chaste;  sleep, such as makes the darkness seem short; contentment with our lot; and neither to fear death nor desire to seek it.”

That is my wish and prayer for all of us.

‘Tis the gift to come down where we ought to be,

And when we find ourselves in the place just right,

‘Twill be in the valley of love and delight.”

What is in a Wedding Vow?